Human Rights, Serious Crime and Criminal Procedure. (The Hamlyn Lectures).Based on the 53rd series of Hamlyn Lectures presented by Professor Andrew Ashworth, this book explores the justification for honouring human rights in the context of criminal procedure, and subsequently examines the way in which both the Strasbourg Court and the British Courts have dealt with the problem of whether to uphold human rights when faced with pressing arguments of public interest.The British government's approach to this conflict is also considered. The book focuses upon some of the key debates in contemporary law and politics, including:-Are human rights just rhetorical aspirations? Are we developing a ""human rights culture"" in this country? Should procedural rights give way in the face of ""public safety"" arguments? Sweet & Maxwell, 2002. 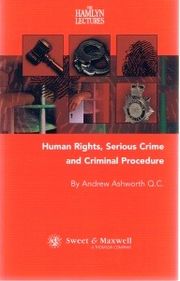 Linguistic Justice for Europe & for the World. In Europe and throughout the world, competence in English is spreading at a speed never achieved by any language in human history. This apparently irresistible growing dominance of English is frequently perceived and sometimes indignantly denounced as being grossly unjust. Linguistic Justice for Europe and for the World starts off arguing that the dissemination of competence in a common lingua franca is a process to be welcomed and accelerated, most fundamentally because it provides the struggle for greater justice in Europe and in the world with an essential weapon: a cheap medium of communication and of mobilization. Oxford, 2011. 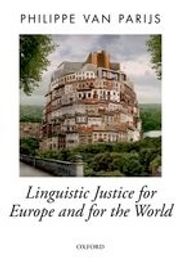 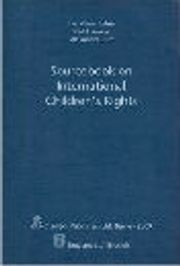 Protection of Fundamental Rights Post-Lisbon: The Interaction between the EU Charter of Fundamental Rights, the European Convention on Human Rights and National Constitutions. Reports of the XXV FIDE Congress Tallinn 2012. Volume 2 - The Interface Between European Union Energy, Environmental and Competition Law. The Reports have been published by Tartu University Press.

Protection of Fundamental Rights Post-Lisbon: The Interaction between the EU Charter of Fundamental Rights, the European Convention on Human Rights and National Constitutions. Reports of the XXV FIDE Congress Tallinn 2012. Volume 3 - The Area of Freedom, Security and Justice, Including Information Society Issues. The Reports have been published by Tartu University Press.

Victim policies and criminal justice on the road to restorative justice. Essays in honour of Tony Peters. On October 1st, 2001, Tony Peters retired as a professor of criminology at the K.U. Leuven, after 35 years of intensive academic activity thus concluding a distinguished career in teaching and research. During his long tenure, Tony Peters has had a considerable impact and has left an unmistakable print on may: students, colleagues, researchers, professionals, criminal justice practitioners, etc. They all admired his personal qualities and his amazing ability to make the link between criminological theory and praxis. It is not surprising, therefore, that when the news of his impending retirement became known, many of his national and international colleagues expressed a desire to see a collection of essays published in his honour, and readily agreed to personally contribute to that collection. Leuven University Press, 2001. Samenleving Criminaliteit et Strafrechtspleging. 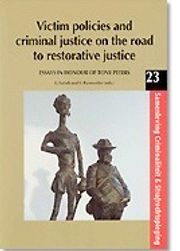 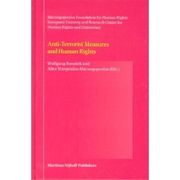